Todd Cadell is an LCSW MSW who has been providing clinical services to youth in St. Charles, Missouri for the past 18 years.  Having been contracted with St. Charles County Juvenile Court, he provided assessments, which included recommendations and dispositions for court proceedings, as well as group, individual, and family therapies.  While contracted with the St. Charles County Juvenile Court, Todd’s program had one of the lowest rates of recidivism among youth offenders, hovering just below 5%, while the national average of similar programs had recidivism rates of 25%.

Todd has worked in a wide variety of settings including managed care, psychiatric hospitals, community mental health outpatient programs, and residential substance abuse programs providing diagnostic evaluations.  Todd also worked in alternative education settings, and for the past 12 years, has been employed as a school social worker in a public high school. Todd is a crisis coordinator for his district, as well as a trainer for the suicide prevention team. He is experienced with issues of bullying – focusing on both the perpetrator and the victim, as well as all issues, which arise with adolescents and the use of social media.

During the 2017/18 school year, Todd was awarded the Hazelwood School District School Social Worker of the Year for his efforts in making a difference in young people’s lives.

Todd is successful in treating clients with the following difficulties:

Todd was active in sports in high school and college.  His two sons were competitive athletes, both earning spots on Missouri National Teams during high school.  His younger son will be wrestling Div. II in college.

Todd is an avid outdoorsman, who now spends his free time fishing and hunting around the Mark Twain Lake area with family and friends. 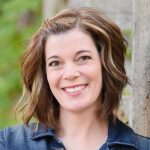